Which would you prefer?

When you get a job, you get a paycheck. When you have a career, you get a series of employment opportunities, specializations, perhaps even renown. And yes, a series of bigger and bigger paychecks as you progress.

And it can all happen because, like many Filipinos, you can speak English. 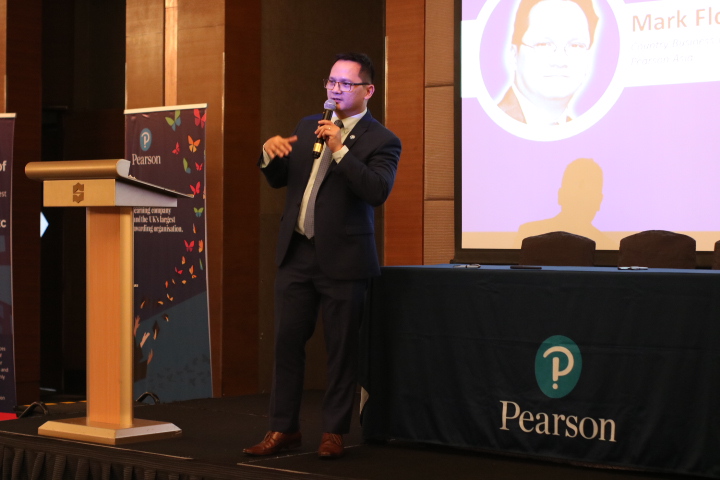 There are many articles on job-related mental health issues around the web. The area this article is qualified in is, to help soothe the pain points of employability and life opportunities, 21 st century Skills Qualifications.

But because of the demands of the 21st century workplace, simply speaking English may no longer be enough to land you a job, much less a career. Just because you speak English doesn’t necessarily mean you are proficient in English. With organizations today demanding a high degree of competency or mastery of the English language, lacking this skill may affect your hireability by today’s globalized employer.

At Pearson’s first-ever Learning Symposium in the Philippines, Ms. Shama Siddiqui, Senior Training Manager at TDS Global Solutions said “Having a workforce that is proficient in English is no longer a luxury, it is now a necessity. Apart from technical skills, it is needed in the workplace – a workplace that is expanding as globalization and technological innovation accelerates.” 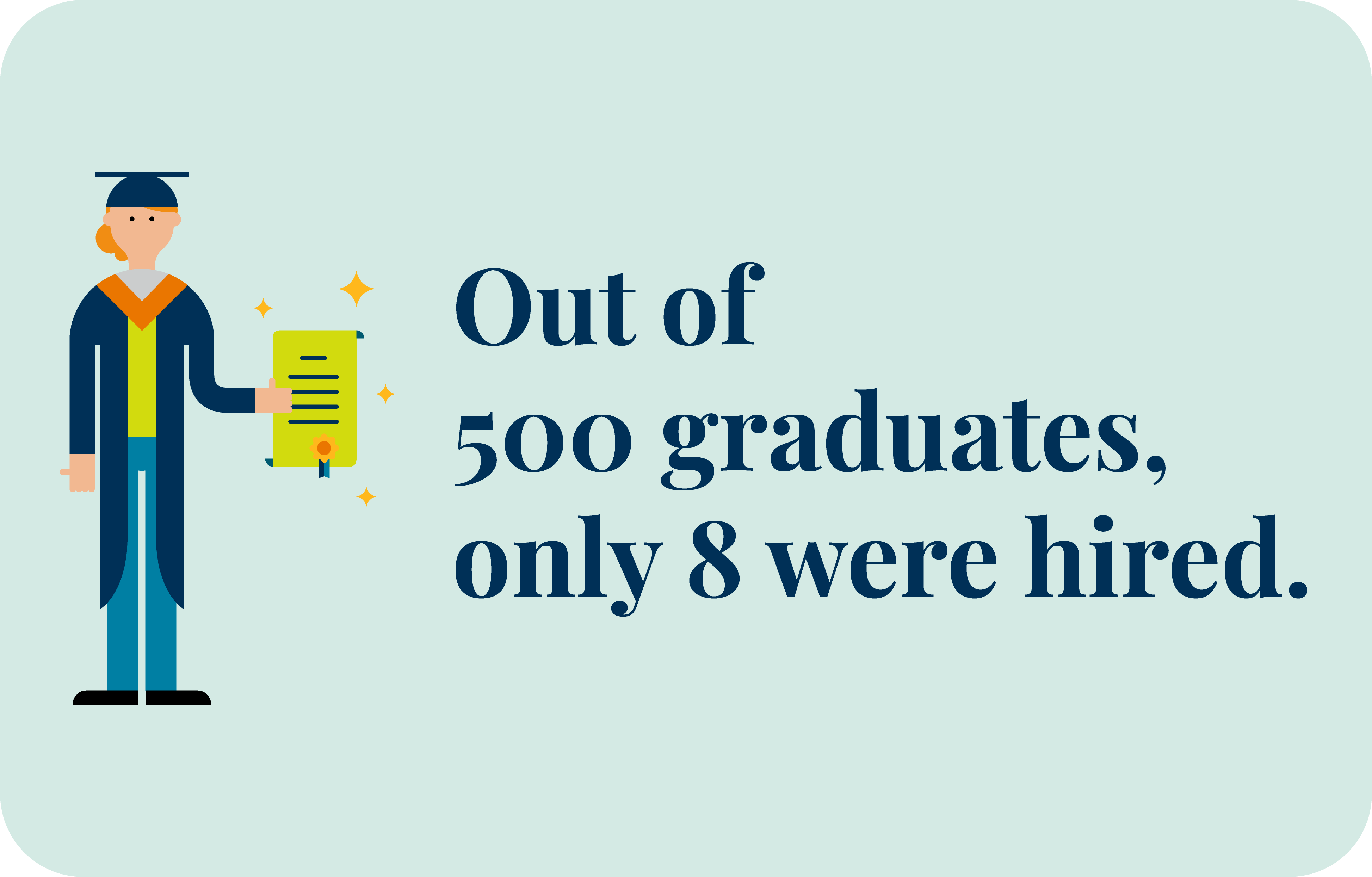 Ms. Siddiqui further elaborates, “Business success depends on how well we do in our language competency. Why? Quite simply, companies are talking to people across the globe. It’s transcending boundaries of geography. Global expansion, productivity enhancement, workforce streamlining, efficiency improvement, employee retention -- all happen through conversations and dialogue. Through all of these, English proficiency impacts the profitability of the Organization.”

But you may ask, why the need for proficiencies and skills qualifications in English all of a sudden? We’ve gotten this far without them in the past

It’s because English proficiency is at the very foundation upon which all the 21 st century competencies like critical thinking, creativity, problem solving, and collaboration rest on. And it’s those competencies that companies demand today.

As Ms. Siddiqui learned from employers, “The more a person progresses in their career, they will need to engage in more and more conversations that will revolve around decision-making independently. Not being able to do so critically limits the progress of the business and that person’s own progress.”

Pearson Asia’s Head of Qualifications and Assessment Stuart Connor explained, “English supports employability skills. When you look at those soft skills, like cultural awareness, critical thinking, and learning agility -- they funnel through English. The process of language acquisition, of learning a language and interacting with other human beings in a second or third language, actually facilitates development of these other skills. English runs as sort of a glue or DNA through all of this.”

Ms. Siddiqui gave us the current data: “What we see not only in the Philippines but across the globe in most offshoring locations is that English is at an average level compared to what organizations need. On a global English proficiency study, using a scoring range from 0 to 90 (90 being the highest), The Philippines is somewhere at 59, with average scores of 58-68 for basic conversational skills; and just 53 for writing skills.”

What does this mean for employability in the new competitive market?

Mr. Paul Ryan Paez, Project Manager at ADEC Innovations Outsourcing and Workforce Solutions, shared his experience from the IT and BPO industries at the symposium.

“Out of 500 graduates, only 8 were hired. And with the high standards demanded by BPO’s, only 1 out of 11 get hired, despite their proficiencies. A contributing factor is that employees only start to learn English after they graduate. ”

A shot of caffeine to the popular notion that if you can speak English, you can easily get a job. 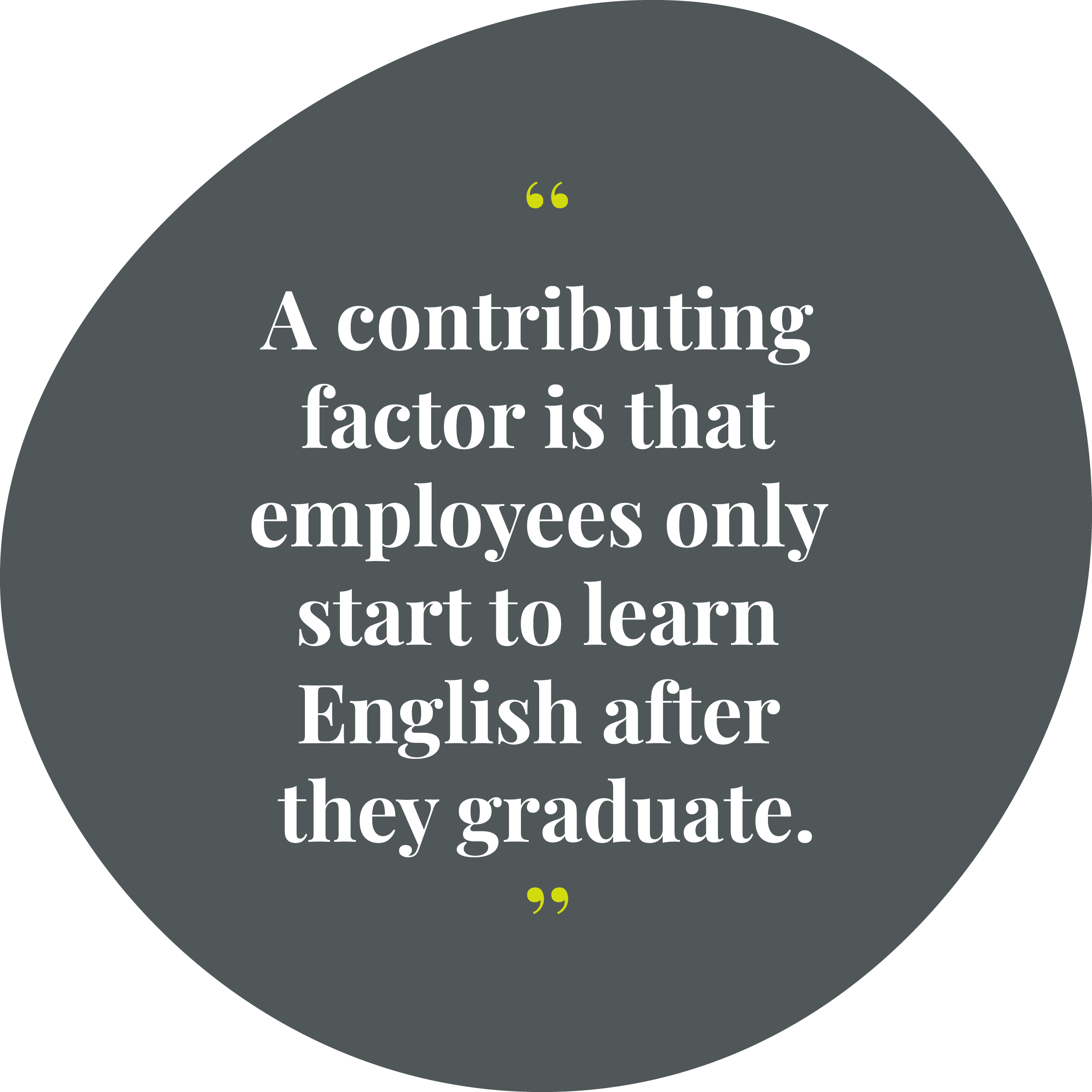 As to the population and proficiency of English speakers, Mr. Paez continued, “Only 20% of the entire population are English majors. From that, less than 50% of those English major applicants that we interview and test, do not make it. While English is spoken as a first language in key cities like Metro Manila, in the provinces, it’s taught as a second language with few opportunities to practice. And as with any skill, it atrophies when not exercised.”

So how can Filipinos, from the cities to the provinces, be proficient in English now?

Speaking on The Power of English Assessments, Ms. Shama Siddiqui recommended a simple yet significant step towards certifications: Automated testing.

“All you need is an internet connection, and you can take English assessments on your desktop, laptop or mobile devices. A.I. based, using waveform and spectral analysis -- they are unbiased, accurate, far less prone to errors versus human testers, with results produced in as little as 3-5 Minutes.”

Pearson’s courses and assessments are not only convenient. They are a badge of skills certifications sought-after by employers globally. Not only do they help you land a job, it equips you with qualifications to progress in your career and beyond. For more information on Pearson Assessments such as Versant, PTE General and PTE Academic follow this link.

Don’t forget that you’ll be working in a 21st century workplace. How you articulate your ideas to someone halfway round the world (who may be more if not as proficient in English as you are) could be critical in your career. But with the solid foundation of English Proficiency as your core, you’ll have a head-start.

Take it from Stuart Connor. “English is the key ingredient for a successful career. English enables communication and teamwork as a necessary factor for teams to function effectively. And if you’re certified as English Proficient, you’re more likely to be employed. You’ll have more opportunities to unlock, to progress. English is something we’re passionate about, something we’re proud of. And we’ve been involved in helping people to learn English for 269 years.”