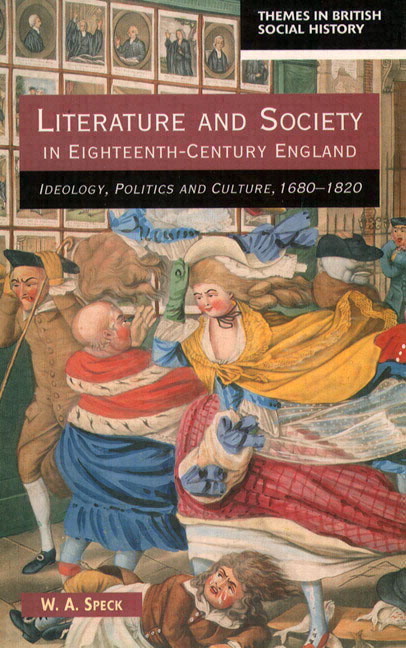 A broad-ranging study by one of the leading authorities on the "long eighteenth-century" which uses a huge variety of contemporary literary texts as historical evidence to explain the dominant ideologies and attitudes of the time. In the process Professor Speck advances current debates concerning continuity and change in the eighteenth century, and considers the implications on policy of an increasingly news conscious and articulate society.

1. The First Age of Party.
2. Poems on affairs of State.
3. Party Ideology and Society.

4. The Classical Age of the Constitution.
5. Jacobitism and Patriotism.
6. The Emergence of the Novel.
7. Literature and Law and Order.

8. The Breakdown of the Constitutional Consensus.
9. Novels and the War of Ideas.
10. Poems on the State of Affairs.