Trevor Walraven was just 12 years old when he started using methamphetamines, smoking weed, and taking hallucinogens. When he was 14 years old, he shot a man in the back of the head and then took his car for a joyride. At 15, Walraven was tried as an adult in Oregon state court, found guilty of aggravated murder, and sentenced to life in prison with a 30-year minimum. By the time Walraven was granted parole in 2016, he had spent more of his life in prison than outside it.

Walraven entered prison as a young man who romanticized the criminal lifestyle and would do anything, even take a life, to be accepted by his peers. Today, he’s a legal assistant, prison reform advocate, and evangelist for the idea that empathy can be taught. “I do believe that people have the capacity to change,” he said during a phone interview. “I think there, of course, are limits to everything, but I think it’s important to instill hope and to encourage positive, forward progress.”

Until recently, most people thought that empathy was something you were born with. You either had it or you didn’t. However, research gathered by scientists and doctors over the past few decades shows growing evidence that empathy can and should be taught.

Researchers and authors have also recently made arguments for why empathy isn’t always a good thing. It can lead to racism, tribalism, and a whole bunch of other us-versus-them societal evils that are, in many ways, the opposite of empathy. While we may be able to teach empathy, that doesn’t mean doing so is without complications.

What we mean by “empathy”

In Harper Lee’s 1960 classic, To Kill a Mockingbird, the character Atticus Finch tells his daughter Scout, “You never really understand a person until you consider things from his point of view…until you climb into his skin and walk around in it.” As a lesson in empathy, it’s a good start.

However, empathy is more complicated than seeing the world from someone else’s perspective. When a human being empathizes with another, she not only identifies what that other person is feeling, she also uses her imagination to viscerally experience what he’s experiencing.

In her 2018 book,The Empathy Effect: Seven Neuroscience-Based Keys for Transforming the Way We Live, Love, Work, and Connect Across Differences, Dr. Helen Riess, a psychiatrist at Massachusetts General Hospital in Boston, explains that empathy is not just a personality trait. “Increasing evidence suggests that empathy is partially hardwired into the brain and splits into three different aspects,” she writes, “emotional (or affective empathy), cognitive (or thinking empathy), and motivation for an empathic response.”

Through neuroimaging studies of the brain, scientists have been able to see empathy in action.

Imagine that you happened to cut your hand on a piece of glass while lying in an fMRI machine. The image captured by the fMRI machine would show pain centers in your brain lighting up. Now imagine that you and a friend are lying in fMRI machines side-by-side and you see her cut her hand; the pain center in her brain and the one in your brain light up. She’s feeling pain and you’re imagining—or empathizing with—her pain. Your neurons are mirroring hers. 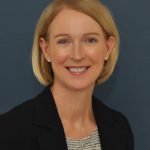 Walraven credits his increased capacity for an understanding of empathy, in part, to the nonviolent communication (NVC) class he took with the nonprofit Oregon Prison Project (OPP) while he was incarcerated. NVC emphasizes the importance of listening with empathy and expressing yourself clearly and honestly.

NVC training, however, is about more than communication skills. “Really, what we’re doing is teaching nonviolent thinking,” said Xander McSwann, a regional director for OPP. “How to internally, with increasing consistency and ease, recognize the humanity of people around us.”

Lawrence, like Walraven, graduated from the OPP nonviolent communication program while in prison and has found the NVC skills he learned to be helpful in his new life outside prison. “I think [NVC] parallels in its ability to help in all facets of life,” Lawrence said during a phone interview. “Not that this is the cure-all or that it’s for everybody…but I think this is a good practice for being able to have open conversations and relationships…holding space for [others’] pain in ways that you otherwise wouldn’t.”

Lawrence, who asked to have his last name withheld for privacy reasons, was sentenced to seven-and-a-half years for armed robbery. He started taking the NVC course because he was struggling to understand and connect with his family and ex-wife after his 14-year-old daughter committed suicide. The course made Lawrence realize that, “…there were choices to be made about how I was going to communicate with them and how I was going to handle my grief and their grief and anger.”

Thanks to numerous studies that focus on empathy, there’s a plethora of data to support Walraven’s and Lawrence’s anecdotal evidence. In a January 2016 article in the Journal of Counseling Psychology, “The efficacy of empathy training: A meta-analysis of randomized
controlled trials,” researchers Emily Teding van Berkhout and John M. Malouff analyzed 18 training programs involving over 1,000 participants. They found that formal empathy training programs were overall effective.

Dr. Riess has conducted her own studies on the effects of empathy training for medical professionals. She’s found that not only can training increase medical professionals’ empathy knowledge, but also that increased empathy can lead to better patient-clinician relationships and improved patient health outcomes.

“It’s funny, when I first started giving talks to medical audiences about empathy, I would start my lecture, my talk, with [asking] ‘how many people think empathy can be taught?’ And 10 years ago, out of 100 people, three would raise their hands. And now when I asked the same question about three people don’t raise their hands,” Dr. Riess said during an interview in her Boston office. “There’s been a real shift in perspective about this, and I think it’s because we’ve been able to break down the different components of empathy…we understand, it’s not one thing; it’s a capacity that takes a lot of different skills.”

In his nearly 300-page book Against Empathy: The Case for Rational Compassion, author Paul Bloom argues, among other things, that empathy can be myopic, causing human beings to focus on the singular and specificrather than the greatest amount of good. “[Empathy] can sway us toward the one over the many. This perverse moral mathematics is part of the reason why governments and individuals care more about the little girl stuck in a well than about events that will affect millions or billions.”

Empathy is further complicated by the fact that we’re much more likely to empathize with people who look, act, and live like us. “…emotional empathy can be weak or absent when someone is from a different neighborhood or a different ethnicity or race, “ Dr. Riess
writes. “This explains why empathy is not a direct line to morality and can at times be a sourceof immoral action.”

In an interview with NPR, Fritz Breithaupt, the author of a forthcoming book called The Dark Sides of Empathy, uses terrorism to illustrate how empathy can lead to evil. “Some terrorists — it’s not [a] complete absence of empathy that draws them in. But rather, it’s an excess of empathy. They feel the pity. They feel the suffering of their people.”

Exercising too much empathy leads some professionals — such as doctors, nurses, and educators — to experience empathy burnout, a kind of emotional exhaustion. According to a survey conducted by researchers from the American Medical Association, the Mayo Clinic, and Stanford University School of Medicine, nearly 45 percent of U.S. physicians exhibited at least one symptom of burnout in 2017. Physician burnout is linked to less empathy for patients and more physician errors.

The above empathy challenges aren’t without solutions. In fact, Dr.Riess says that individuals can be taught to self-regulate their emotions so their metaphorical empathy wells aren’t depleted. She also believes that human beings can learn to expand their empathy beyond “in-groups and borders.”

“If one thing has become abundantly clear, it is that empathy informs a vital intergenerational, interracial, and international perspective that must be valued, vaulted, and cultivated on a grand scale,” Dr.Riess writes in The Empathy Effect. “Without expanding empathy beyond our in-groups and borders, civilization as we know it will not survive. Empathy training is the key transformative education.”