Consumer Surplus and Willingness to Pay

Let's analyze some details about the demand curve.

Consumer Surplus in a Small Setting 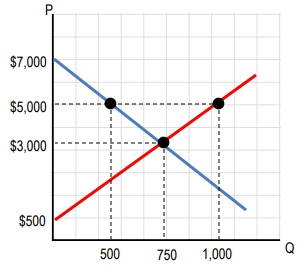 The demand curve for Nickelback’s new album is downward sloping. At a price of $2, nationwide demand is 100 albums. If the price rises to $3, what happens to consumer surplus?