How do we explain this?

In terms of stability, now we have fewer filled orbitals, AND we had to excite an electron to do it.  Why is it better to have 4 partially-filled orbitals?

Carbon “blends” its 2s orbital with the 2px, 2py and 2pz orbitals to create 4 new hybridized orbitals of equal energy.  These are called 2sp3 orbitals or simply “sp3” orbitals.

Predicting Hybridization for Other Atoms

A bond site is the name that we give to any lone pair or atom attached to the hybridized atom. The number of bond sites is what determines the hybridization of the molecule (see above picture).

Introduction to the reactive intermediates. 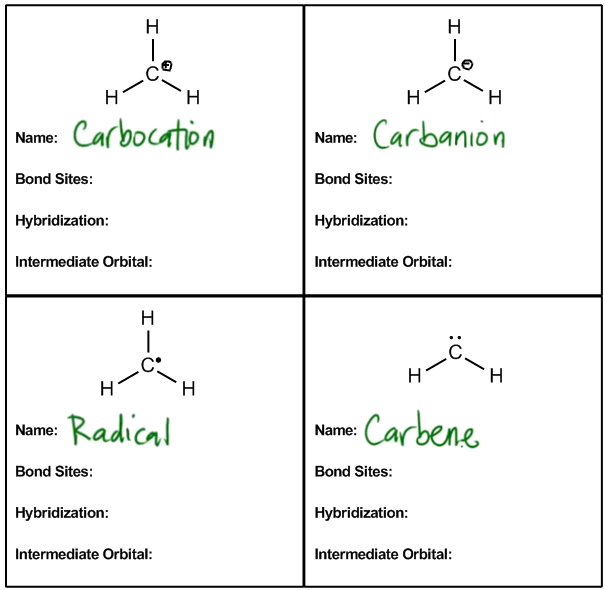 So I know that was a loaded topic! If you found the part of intermediate orbitals a little confusing, that’s honestly fine as long as you know how to count bond sites and predict hybridization (will definitely show up on your exam).