3. Acids and Bases2h 24m
Next Chapter

One of the most challenging aspects of this chapter will be understanding and differentiating between different definitions that all sound kind of similar. We’re gonna move slowly through this, step-by-step.

The Lewis definition of acids and bases.

The Lewis definition is the most general of the definitions that applies to all cases. It’s actually just another name for what we learned earlier as Nucleophiles and Electrophiles.

A Lewis Acid is an electron pair ACCEPTOR

A Lewis Base is an electron pair DONOR

The Bronsted-Lowry definition of acids and bases.

The Brønsted-Lowry definition is a more specific definition that only applies to some acids and bases. In this definition, electrons don’t matter- we only look at protons.

Let’s watch a few examples so you can get the hang of the differences between these definitions: 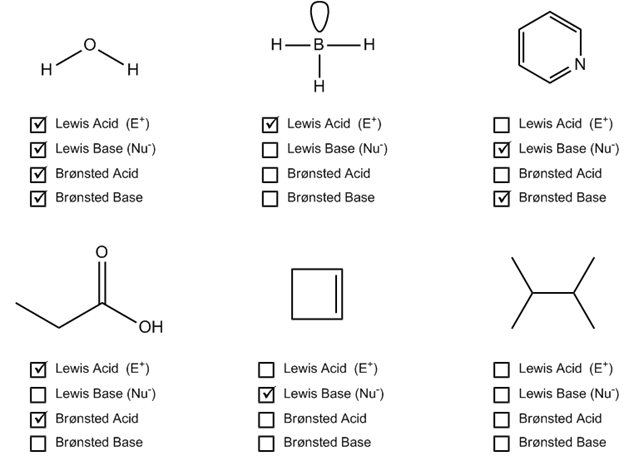 Heads up:By definition, any Brønsted-Lowry acid is also a Lewis acid. This is because if you are able to donate a proton, you are always able to accept an electron in return!

When determining how acids and bases react together, it important to understand the concepts of conjugates and Ke.

Drawing Reactions Based on Definitions

Even though we still have no idea what we are doing, we should be able to use patterns of nucleophiles and electrophiles, coupled with what we learned about how to draw arrows for mechanisms, to predict our first acid-base reactions.

Which of the following compound(s) cannot be characterized as a Lewis acid?

Which of the following compounds is most likely to have come from the stronger acid? 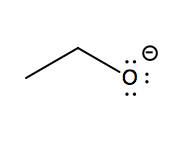 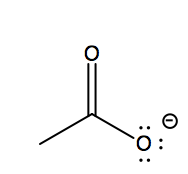 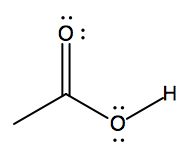